Realism is something that describes me to the core. I’m a hardcore realist and often times people mistake me for being a pessimist or negative. Allow me to explain.

When I was a child, I always saw things for what they were. Starting at around age 10, I can remember that I never understood people who were overly positive or overly happy and I couldn’t understand people who constantly used the word “hope”. It was an odd thing to me, I had always seen the world for exactly what it was, a mess.

I had a decently good childhood, had both parents and had a lot of what I wanted growing up. I enjoyed keeping it simple though when it came to friends and life in general. I can remember that I was a happy kid for the most part. However, when things went wrong, they went truly wrong and I knew immediately that it was the hands I had been dealt. I was always taught to be totally honest and I believe that’s what jump started my realism. I’ve had people say to me “You know there’s a such thing as being too honest” and I never understood that comment and I still don’t.

I’m the kind of person who doesn’t at all believe in sending “positive messages into the universe”. I think it’s an odd thing to do. The universe doesn’t have feelings and it doesn’t understand concepts and therefore, you’re basically talking to a brick wall. I don’t believe in a positive/negative world. I believe that the world is what it is and there’s not “but” to that. As the world continues to get worse, you’ll occasionally find a few people who are good people but, you’ll also find wolves in sheep’s clothing.

I have a really good and sweet friend who’s very positive most of the time and she truly believes that positivity and working towards dreams pays off and I think it’s absolutely wonderful. It’s made her the person that she is that I love so much however, that’s not at all me and so there’s a conflict of interest. I think she’s sort of drifted away from me, the more that she see’s I’m not one of those sending messages into a universe kind of person. Don’t get me wrong, I appreciate her input and I believe in a creator, I just don’t feel the need to bother God with my issues.

For some people, Realism is a conclusion that you come to when you’re tired of trying so hard for nothing. When your cards are always stacked against you and you find more crap in life than gold. The majority of the time you’ll find that the best people, the one’s who are always helping others are never being helped back. They are the person who gets called on for every thing and when they need something, you can hear crickets chirping. It’s the easiest way to find out who your friends are. Now, the people are the most arrogant and smug, they are the one’s who have everything in life. They have thousands of people they can turn to for anything and they’re the one’s who don’t appreciate it. Those are also the people who are quick to say they are living the American dream.

I have found that many of those who preach “Hope, Dreams, Prosperity and Positive messages” are the one’s who have been successful for so long, they don’t remember a time they had nothing. They believe in their entire soul that all of that is what got them where they are. When in fact, it’s usually some form of luck, people who basically threw money at you or your dreams or some other form of good card dealing.

In conclusion, Realism is basically knowing your limits and the limits of others, staying grounded (not having your head in the clouds), staying true to your roots and being honest with others and yourself. It doesn’t mean that you’ll never be successful, it means that you’re not expecting it and therefore you won’t be disappointed. 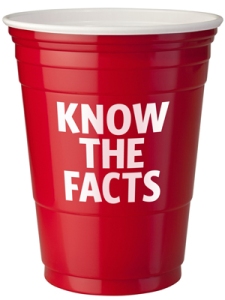 I have noticed multiple “Truth Commercials” about smoking and they use graphic images to show you the “dangers” of smoking. What you don’t see is truth commercials for alcohol and graphic images of the damaging effects that it DOES cause.

Despite the thousands of people who are killed every day due to alcohol related accidents and the millions of people who die due to drinking too much alcohol, alcohol in our society has been glorified with all of it’s many commercials of sexy women surrounding men who are drinking this beer or that wine. You see it all over billboards advertising how great it is.

Brain:
Alcohol interferes with the brain’s communication pathways, and can affect the way the brain looks and works. These disruptions can change mood and behavior, and make it harder to think clearly and move with coordination.

Heart:
Drinking a lot over a long time or too much on a single occasion can damage the heart, causing problems including:

Heavy drinking takes a toll on the liver, and can lead to a variety of problems and liver inflammations including:

Pancreas:
Alcohol causes the pancreas to produce toxic substances that can eventually lead to pancreatic cancer, a dangerous inflammation and swelling of the blood vessels in the pancreas that prevents proper digestion.

Cancer:
Drinking too much alcohol can increase your risk of developing certain cancers, including cancers of the:

Is this something that we should really be glorifying? Now let’s take a look at the alcohol related deaths

Now you tell me why is alcohol being glorified in our society and why is there not more advertisement about the dangers of alcohol? Not just to your own body but, the bodies of others.

I have watched carefully as every few months a new “Truth Commercial” comes out about smoking and cigarettes. I’m amazed at how little information they actually provide. So I’m here to tell you what the anti-smokers won’t.

Fact # 2: If you have a long family history of cancer (regardless of their smoking status), you are predisposed to also getting cancer.

Fact # 3: None of these things are considered when a smoker happens to get cancer. What the truth commercials don’t tell you is that those people were already predisposed to getting cancer or they did many other things which could have developed cancer.

Fact # 4: You will not always get cancer, have premature babies or any of the other “risks” that are associated with smoking. You’re not completely doomed if you do smoke and if you enjoy smoking, you shouldn’t be scared into quitting.