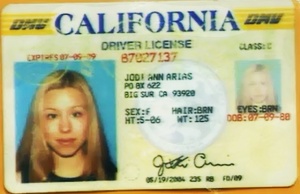 I watched the Jodi Arias documentary that’s on Netflix and I’m honestly shocked. I had heard about it when she went to court but, I never heard nearly as much detail as what they show in the documentary. I can honestly say, I don’t understand people who commit murder. I know that people can be really upset but, I still don’t understand how someone can hurt another human being to the point of killing. I think that for me, it’s odd how something can turn from anger to death. Then again, I’m not a murderer and I understand that people who are, are out there. I know that this blog is different than anything I normally write but, I’m disturbed by what I saw.

I started researching what makes people kill and most all of the articles I read said that it stems from mental illness. Most people would say that sounds reasonable but really, how mentally ill can someone be and no one tries to get them help and off the streets? That’s where the system fails. Off subject, I have driven around in many different cities and seen a lot of people wandering around who were talking to their self and many were even screaming and cursing at seemingly nothing. I often wonder, why is no one helping them? I think the majority could benefit from just a little medicine and some therapy. It’s the same with people who kill. Who’s not helping them and why? Isn’t it true that with just enough help, so many murders could have been prevented?

Anyone who may have seen the documentary or followed the story line when she first was in trial for the crime, you would understand the disturbing way that this all went about. I know that no murder is less than sick but in this case, to be able to just stab and stab and stab someone over and over, I don’t know how many sane people can understand Jodi’s position. I never really followed the story when it came out and didn’t know that she was jealous over the man’s religion and the girl that he was with after her. What I did know was that she was just another criminal and I didn’t really pay any attention. I think that like most people, I have become numb to the stories on the news because someone is always killing, raping or robbing someone. It used to be quite uncommon for women to commit crimes, at least to hear about it. I just don’t understand why she thought he was worth spending the rest of her life in prison for. I don’t know about any of you but, I don’t think anyone is worth going to prison for, for any length of time especially, the rest of your life.

I know that I’m giving more opinions than facts concerning this documentary but, I’m not really here to review the documentary. I’m here more to find out what others think about those who kill and if you’re disturbed by stories like this one with Jodi. I think what disturbs me the most is that she was taking pictures of just before the murder and pictures of her actually doing the murder. What kind of mind set does someone have to be in, to not only stab someone repeatedly and slash their throat, but also take pictures of their work? Let me know what you think.