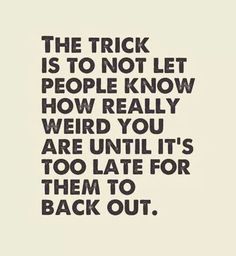 This blog is dedicated to those who like me, are outcasts whether socially or personally.

For as long as I can remember, I have been an outcast and it’s something that’s always been difficult for me to break away from. As a child, I was the goofy one who always enjoyed making people laugh (which I did in strange ways), laughing at times that were maybe inappropriate and embracing the 90’s with a vengeance by wearing the neon’s and mismatched clothes. I guess you could say that I never cared much what people thought of me and I didn’t go out of my way to be liked.

As I got older, I realized that you had to be liked by at least a few people and if not, you had no one on your side when you needed someone. So, I began looking for outcasts just like myself and boy did I find them. The problem was that I found people who were too much of an outcast, people who were often into trouble or hung out with people too strange for my tastes and that was usually followed by those who were either alcoholics, drug users who were victims of such a lifestyle growing up. So I began trying to change parts of myself and I still yet was attracting people that weren’t like me and were too much for my liking.

When I became an adult, I decided that maybe looking for friendships wasn’t for me and that people would naturally attract themselves to me. I’ve met a lot of great people that way. The problem is, they didn’t stick around very long and ended up being rather sensitive people who didn’t like my humor or who wanted to constantly bring up rumors they have heard about me. It just hasn’t worked out so far except for one good friend. I have just this one who’s odd, is similar to me in many ways, who has a level head and a good mind and who wasn’t a product of poor circumstances. She’s the type of person who can make me laugh, lift me up when I’m feeling down, be right with me when I need someone and just lights up my life.

I can say that not much has changed with me. Even after getting married and having a child, I’m still the same person inside that I always was. The difference is, I’ve found someone who can tolerate me and a kid who’s just as goofy as I was. Though I wonder what will become of my son, will he struggle the way I did to make friends and how he’ll get along in life, I know that life has funny ways of working things out and I feel confident that things will be just fine. So the moral of this story, be yourself and let others come to you and don’t change for anyone because you never know, someone will come along and love you for you. 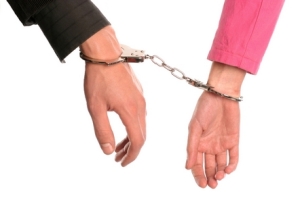 As a person who has lived most of my adult life as a co-dependent, I must say that it’s one of the most difficult things a person can go through. For myself, being co-dependent can be frustrating because, there’s a constant need for having someone around even if you don’t need their help.

Most co-dependent people are often seen as unable to do anything for their selves. However, this was not the case with me. In my life, I was co-dependent in a way that I felt the need to have bad friends and bad relationships. This is not because I enjoy negativity but, it’s more to do with wanting anyone in my life and around me so that I wasn’t alone but, I needed nothing from them.

The second type of co-dependency is a person who truly cannot function without depending on someone else. This is not just financial but also mentally, physically, sexually and spiritually. There comes a point where the person cannot be alone, cannot preform tasks without someone there to tell them they are doing it right, they constantly feel the need to talk to someone about everything and their lives are diminished.

Recently, I did something I have never done and that is to remove bad people from my life. The reason this was done is because I’m no longer needing to depend on someone else to make me happy. I’m in a good marriage and I have only 2 good friends and I’m okay with that. Letting go when you are co-dependent is extremely hard to do. For me, it took many years and I had to just do it. I know that sounds crazy to a co-dependent person but, sometimes “cold turkey” is the best way to go.

If you’re in a co-dependent relationship, keep in mind that some partners play off of that and enjoy knowing that they can do anything and everything they want and you won’t leave because, you don’t want to be alone. This is very common in semi-abusive and full-abusive relationships. If you have a loving partner, you will find it harder to do much of anything when your partner is not around and thus will develop “Separation Anxiety Disorder” and yes I know what you’re thinking “Only kids and animals go through that”, that’s a myth, there are many adults who can also suffer from S.A.D.

You may also find that in a co-dependent friendship that you’re giving more than you’re getting. It’s often the case that people often “over do it” when it comes to pleasing the other person and no I’m not talking about sexual. In this case, I’m referring to the acts like being a “Yes man” and saying yes to everything they want you to do because, you fear losing the friendship if you don’t. Keep in mind: A real friend will not abandon the friendship if you abandon the codependency.